A lady architect in Poggio Mirteto

Description
In 2019 Melania Mazzucco published “L’architettrice”, the novel which tells and celebrated the life and works of Plautilla Bricci, a Roman lady artist, slightly younger than Bernini and Borromini, whose very interesting story has never been known by the general public, even if very outstanding works of her are still visible in Rome’s town center.
Even in churches where her contribution is very relevant, her name was hidden or forgotten. Examples of this oblivion is the chapel that she designed and realized in San Luigi dei Francesi, just few meters away from the very celebrated Caravaggio’s chapel, and of the altarpiece in the Artists’ Church in piazza del Popolo, where the restauration of 2016 brought to the light a autograph signature by the same Plautilla.
This polyhedric artist, who was active in architecture, painting and tapestry left a work also in the church dedicated to St. John the Baptist in Poggio Mirteto. Melania Mazzucco dedicates to this work a short paragraph at the end of her novel: “Celebrity vanishes like smoke, names are forgotten and become pure sounds. But they remain, on faded and damaged papers that somebody will sooner or later read. Maybe per chance, while chasing the truth of another story, of another artist, of another daughter. And that female name, now rare and out of fashion but intimately roman, referred to architecture will stay in her mind, lastingly. She will want to write about other things and she will, ma she will not be able to forget her and she will start to look for her, ringing the doorbell of Villa Medici’s gate on a spring morning, […] in the deposits of museum where her paintings sleep as they are no loner considered beautiful or they have never been o they have been without anybody understanding it, in the churches or a village on the a step hill in Sabina”.
In Poggio Mirteto is the processional standard created by Plautilla Bricci in occasion of the Holy Year of 1675. This shows on one side St. John’s the Baptist Birth and on the other side his beheading. Standards were mainly used to accompany the last walk of prisoners condemned to death towards the gallows, therefore the choice of showing on the two sides of the standard the Saint’s birth and death seems very appropriate.
GPS coordinates
Image(s) 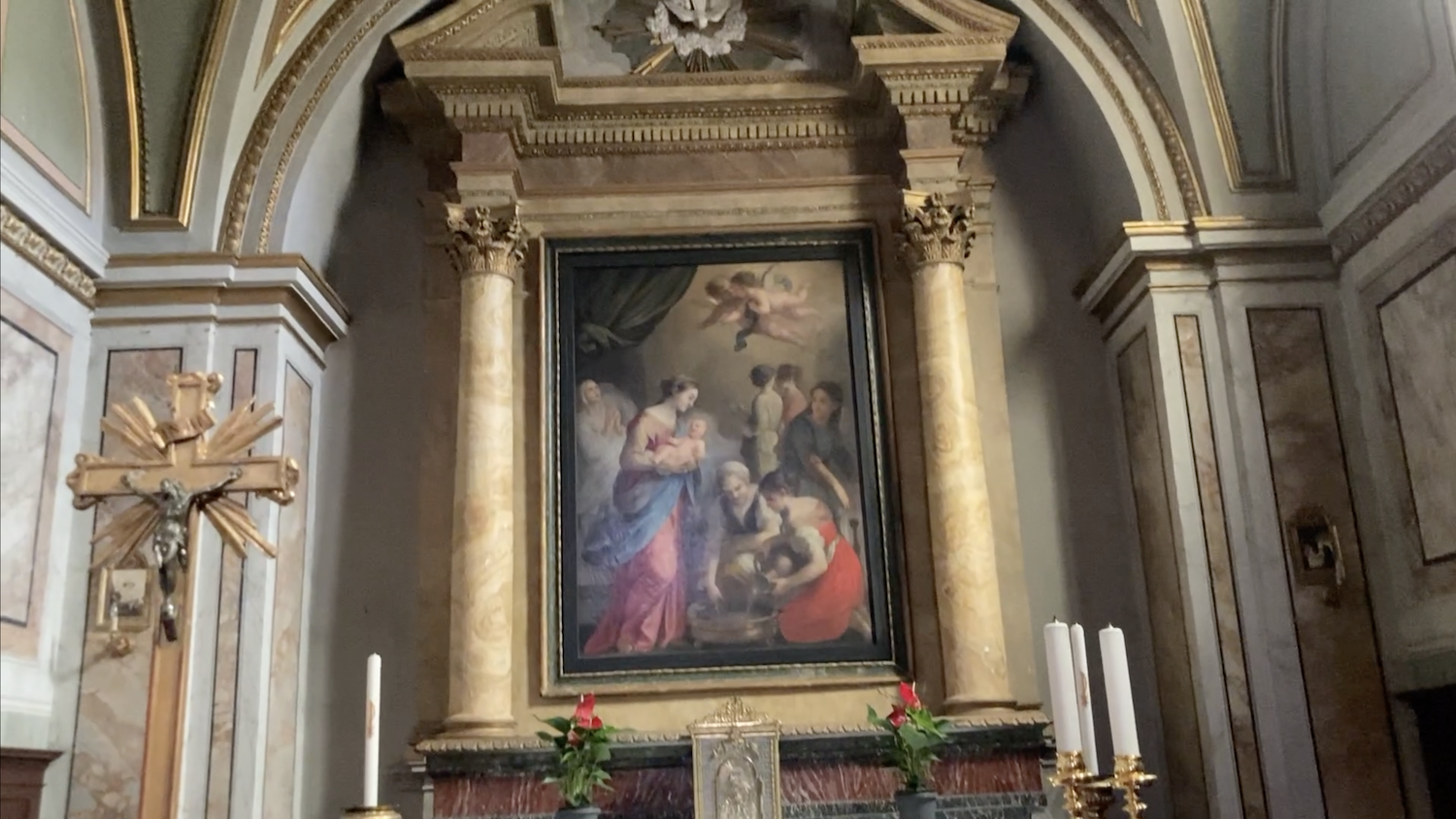 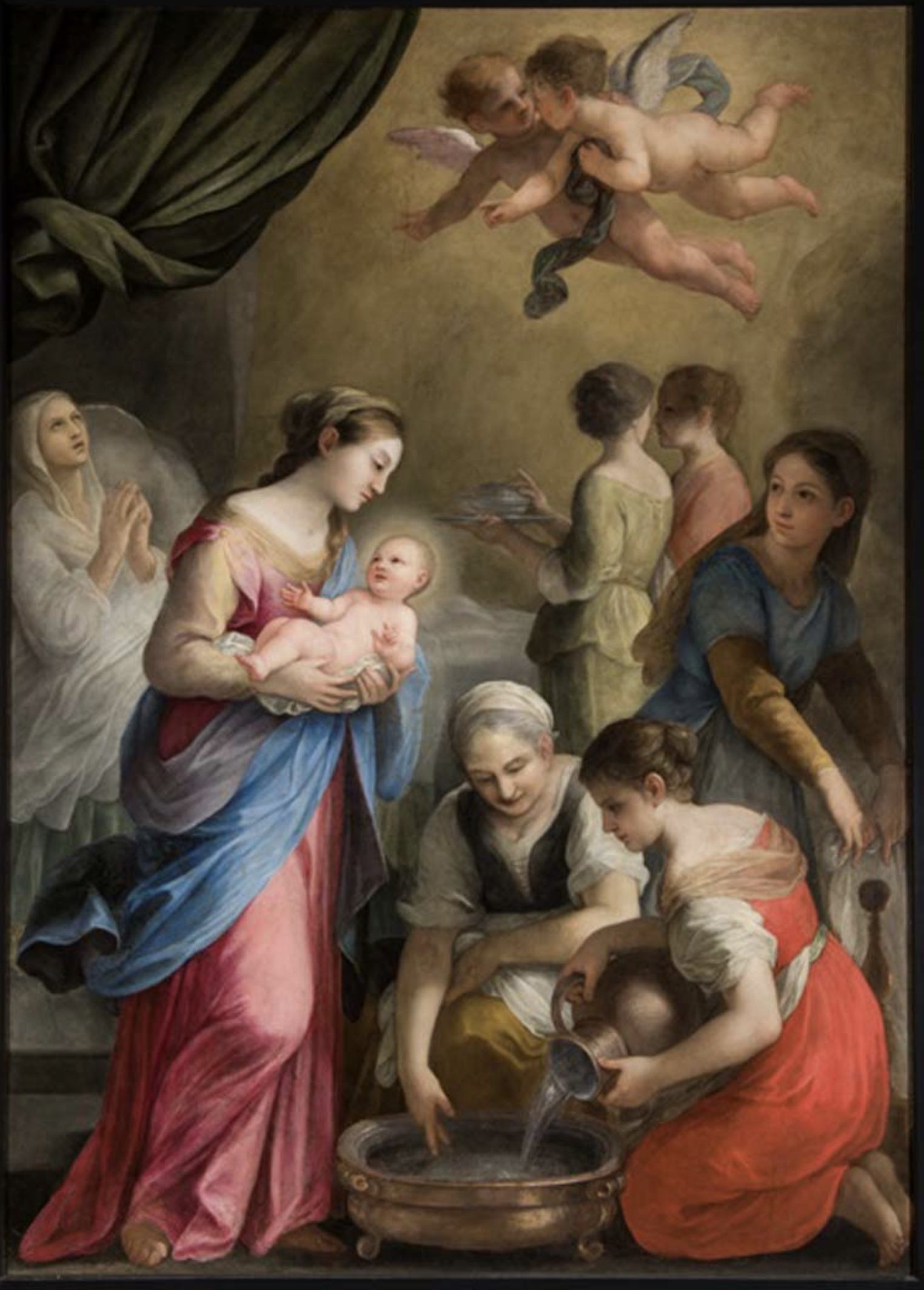 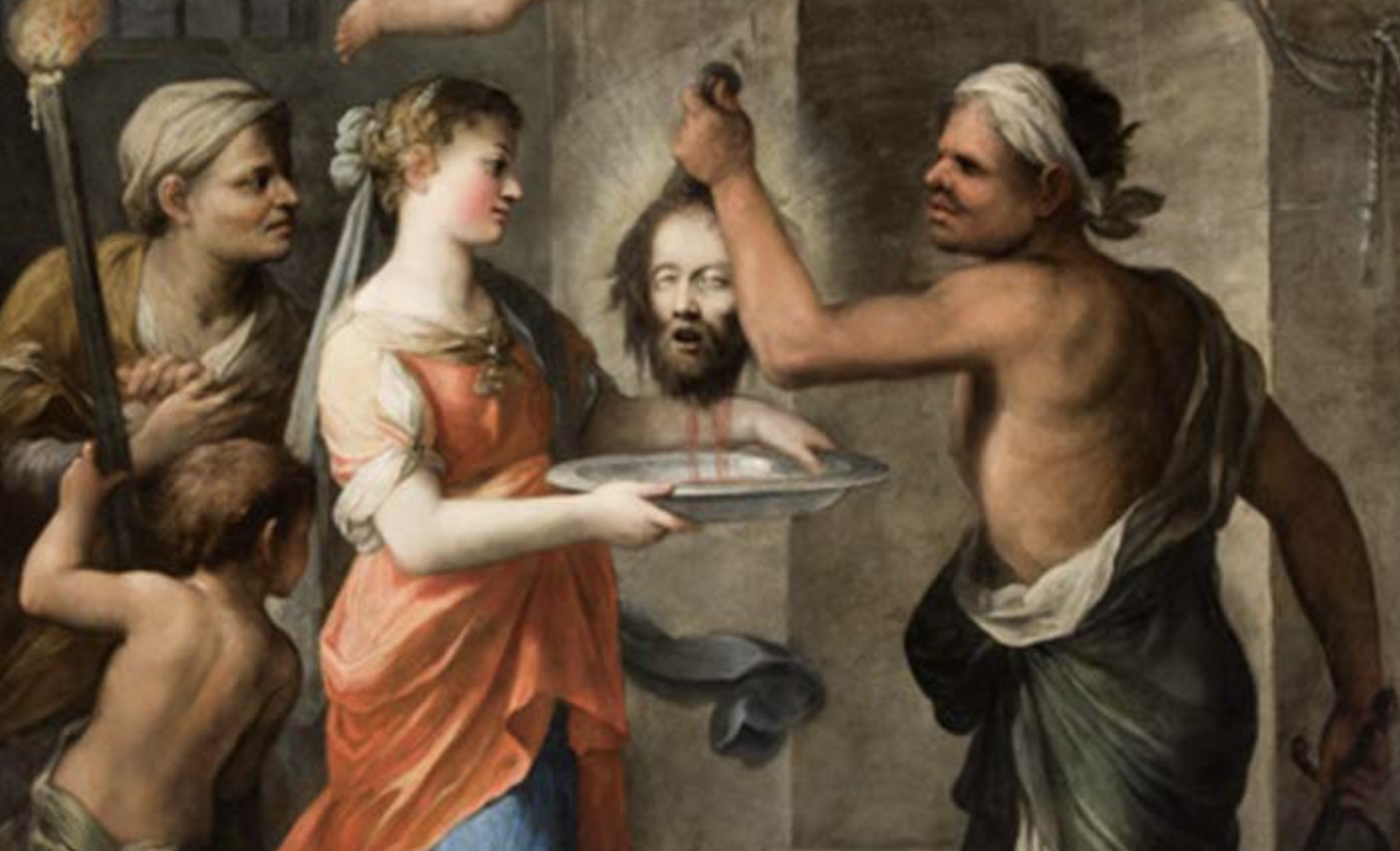 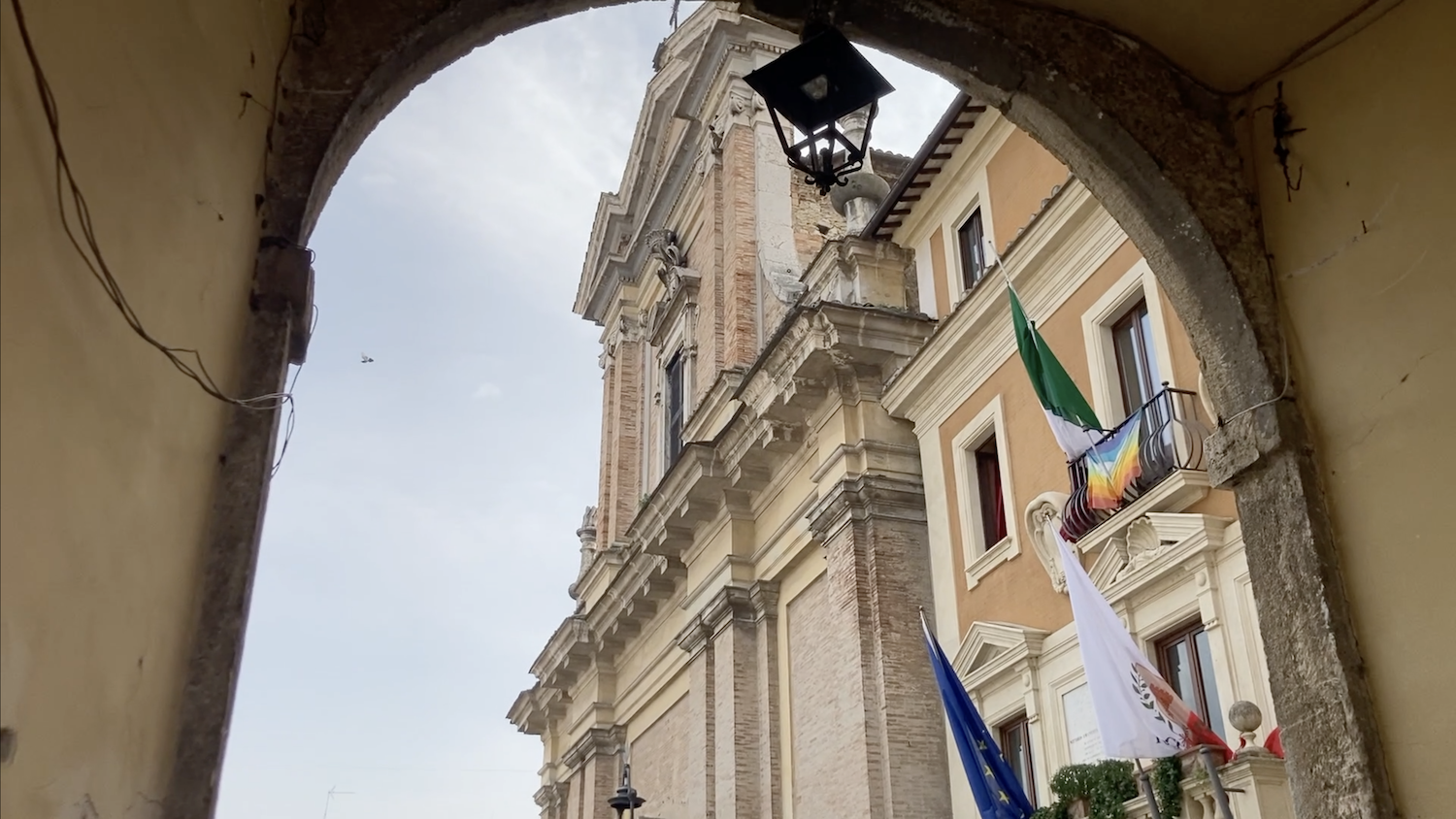 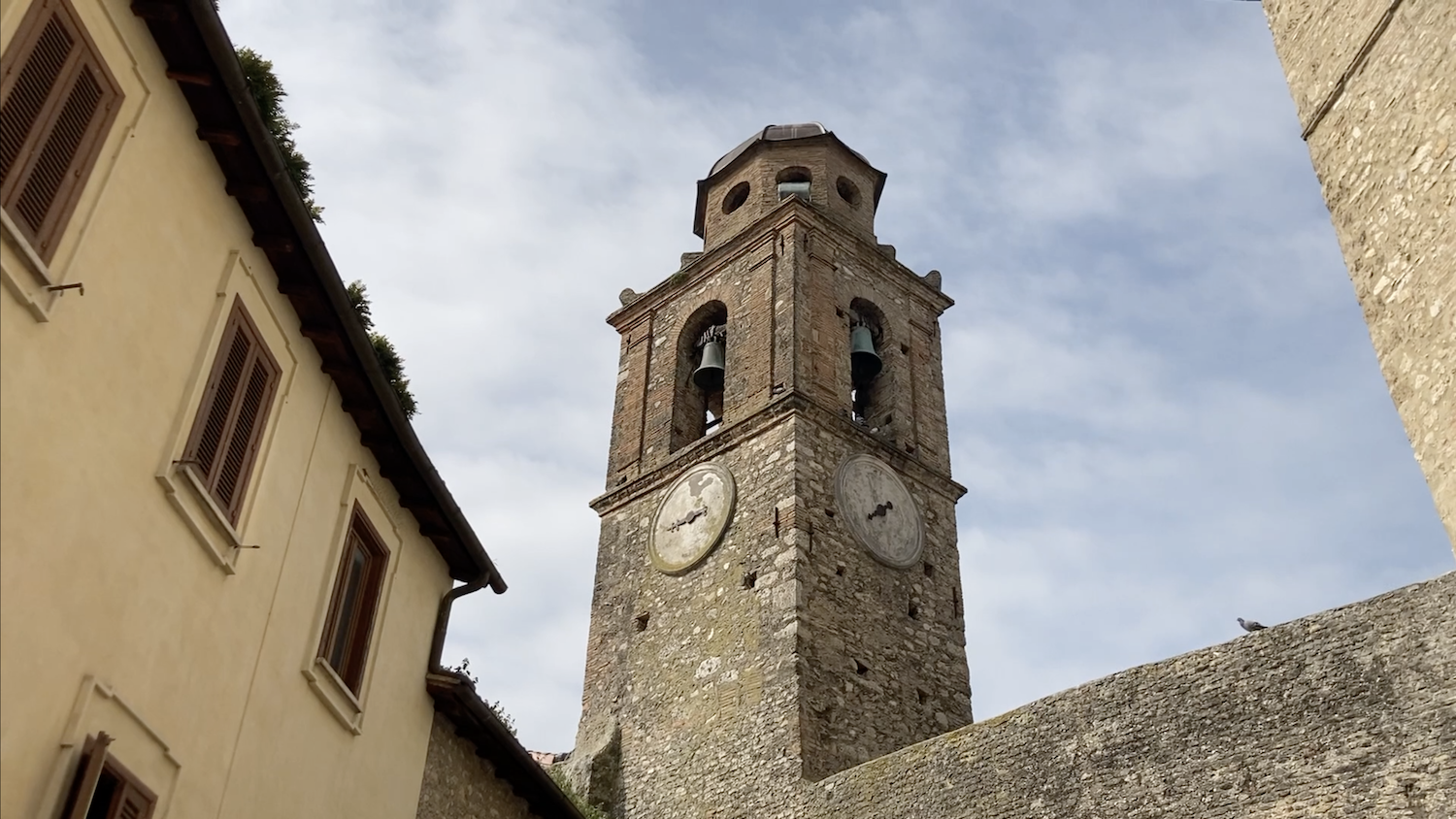