Description
Shortly before arriving to Cantalupo village, visitors find, just off the State Road to Passo Corese, St. Adam’s small church. The church, recently restored, is often closed but through the small windows it is possible to get a glimpse of the apse’s fresco with its succession of saints.
The first on the left is Adam, a blessed promoted by popular devotion to the higher rank of saint.
The no longer clear painting depicts the saint in a strange posture, as he holds in his hand a horse’s paw. According to the tradition, one day Adam, seeing a carter struggling along the steep slide that leads to the village, hurried to help him and started pulling the cart.
The animal di not appreciate such help and hit Adam with a kick on his forehead, throwing him to the floor senseless. The owner of the mule, ashamed for his animal’s behaviour, took a spade and chopped off the animal’s paw.
The poor mule would have died from bleeding, if Adam, just recovered from fainting, had not been moved by the sight of the mutilated animal and decided to intervene. He got hold of the bleeding stump and attached it back to its body, while reassuring the animal with sweet words. The animal was miraculously and immediately healed and the Adam’s popularity grew instantly and quickly spread over the Sabina’s border. Adam became then the patron of domesticated animals, threatening the popularity of St. Anthony Abbot.
GPS coordinates
Image(s) 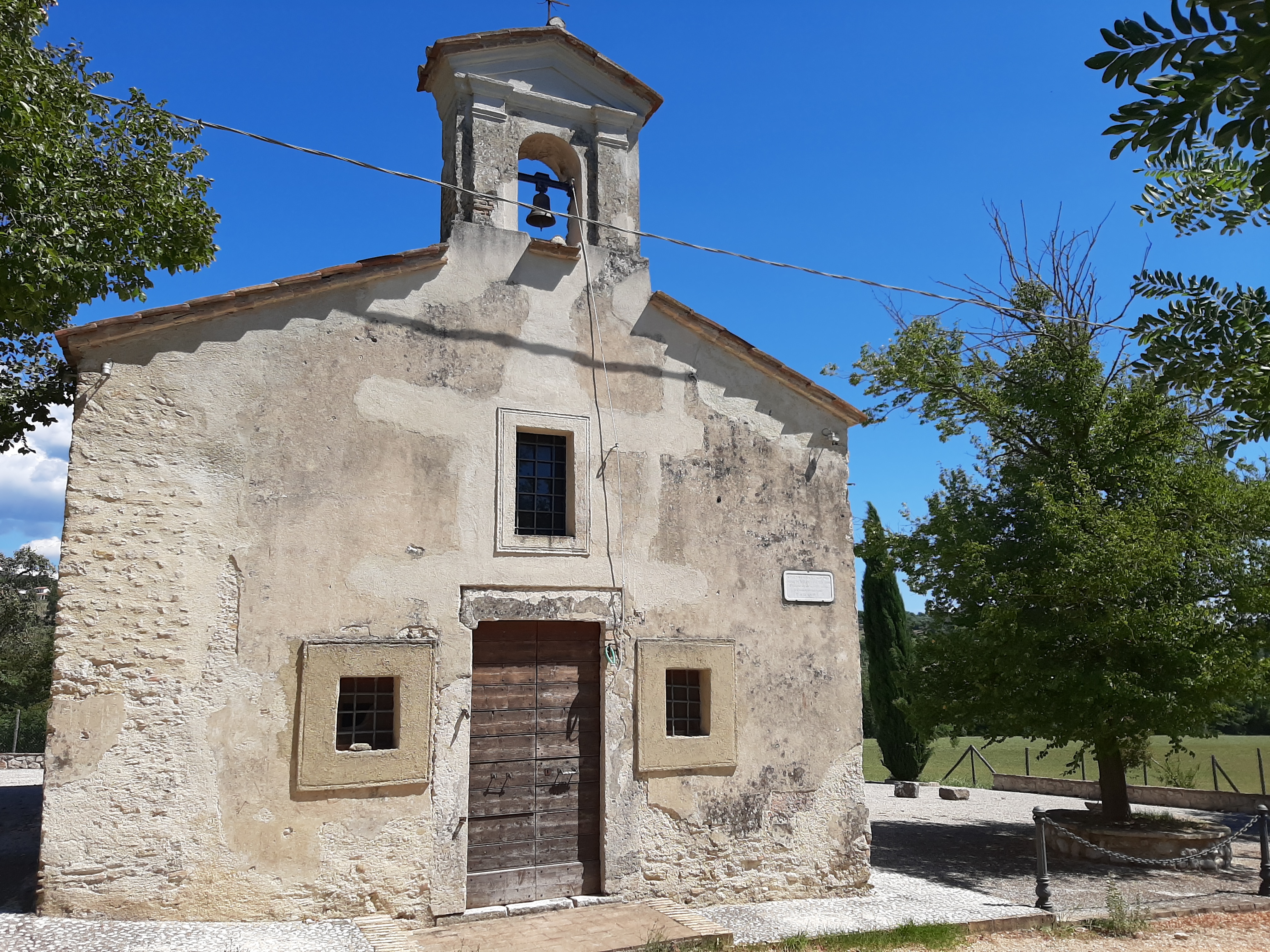 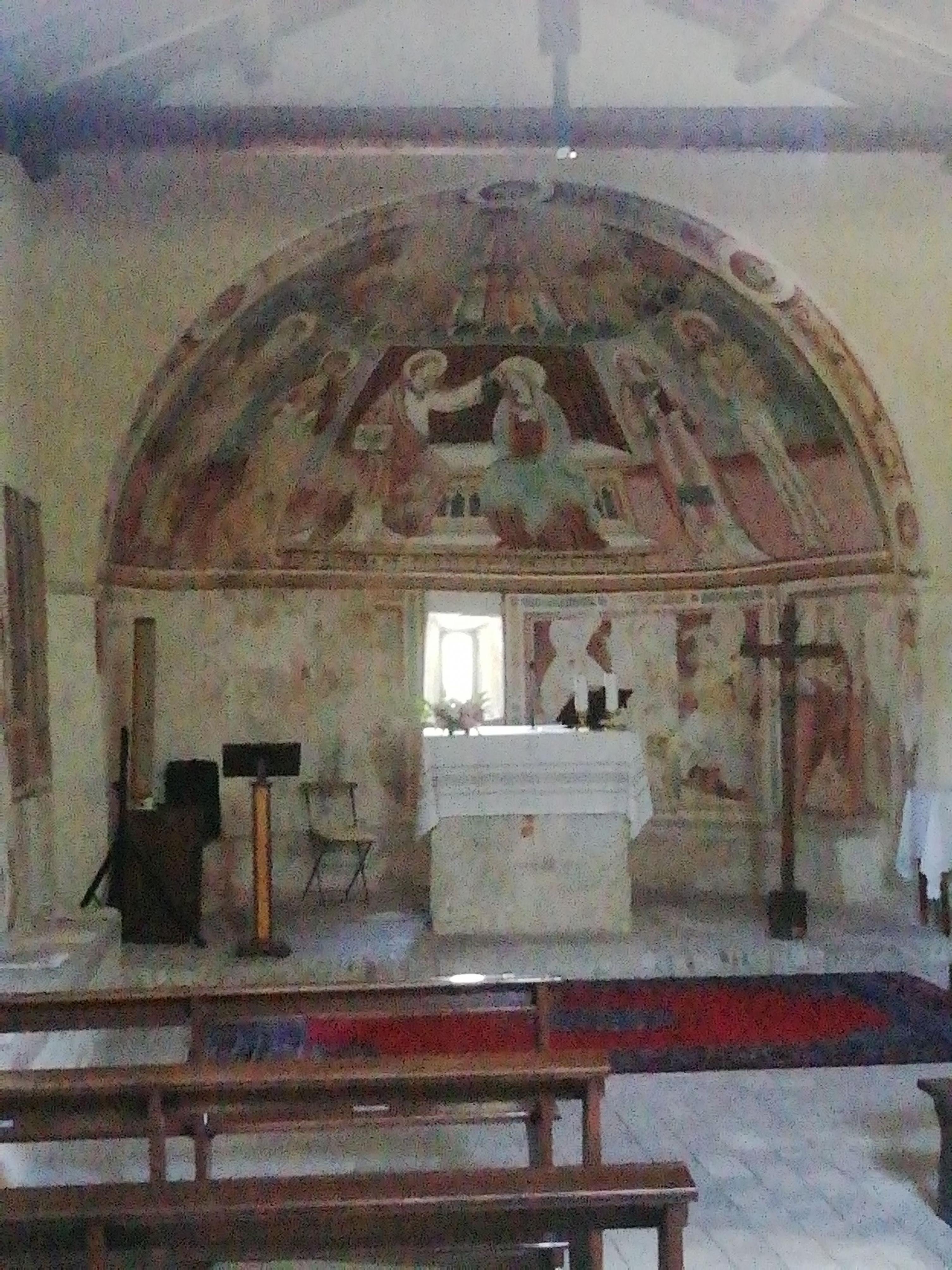 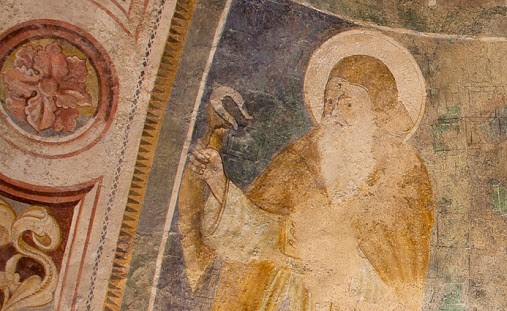 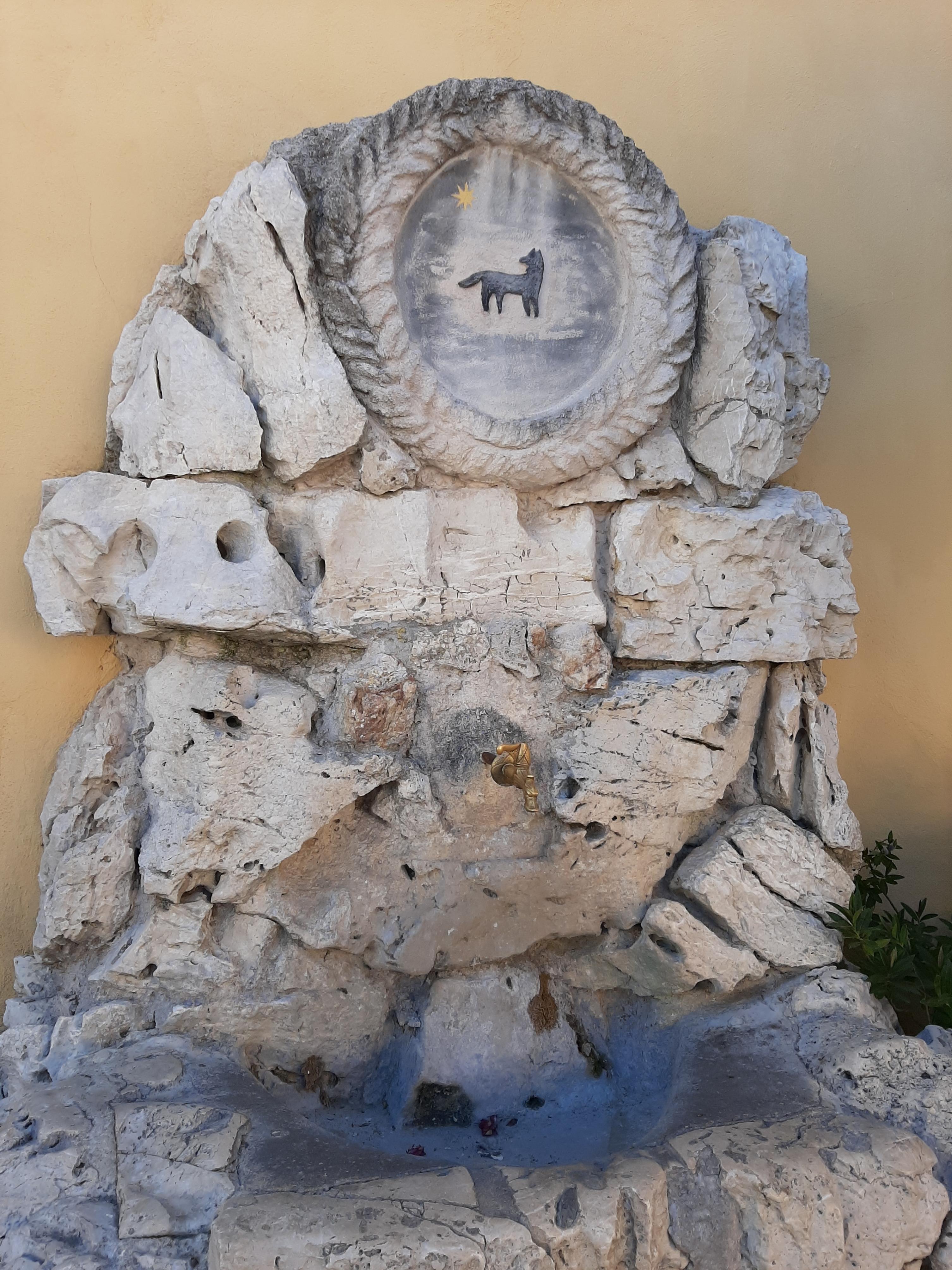