Description
The Natural Reserve of Marcigliana lies in a situation that is quite atypical for big cities, but which is instead quite common in Rome, right on the administrative border of Rome’s city council; it consists of a large green area delimited by Tiber, Bufalotta and, on the northern side, by Rio Casale, a small stream whose path coincides with the city’s limit.
The Reserve embraces a territory which seems to have remained the same throughout history, with sparse inhabitants, some agriculture and breeding farms. Recent excavations confirmed people have populated this area since the Paleolithic era and the development of a Latin village, Crustumerium, which controlled the trade and traffic along the main roads Salaria and Nomentana.
With the fall of the Roman Empire, this land enters among the Church’s belongings and during the Middle Ages the first structures were built and most of them, although changed, transformed or ruined are still part of the Reserve’s landscape.
The Marcigliana residence which can be seen through its gate dates back to the 1930s. It is a big architectural complex, whose history is still not completely clear, which supposedly hosted a college and later a female orphanage, due to the impulse of Senator Carlo Scotti, who was responsible of other charitable projects, such as the institute for motherhood care Regina Elena in Rome.
The building, now inaccessible and derelict, is in via santa Bartolomea Capitanio, a saint devoted to the care of needy girls.
Inside and in the surrounding of the former orphanage scenes were shot of “The new monsters”, a movie with Alberto Sordi, and of “The Hunchbacked’s Gang”. In this feature film the building is presented as a mental asylum: in a scene we see the entrance gate on top of which lies the sign “Santa Maria della Pietà”, the name of the well-known Rome’s asylum which sits in a different part of town. Apparently from the 1970s the construction hosted a geriatric institute until its closure.
The wrong identification of the building with Rome’s mental asylum might have contributed to the creation of an aura of mystery and legend. Santa Maria della Pietà della Marcigliana has thus become a legendary and spooky place, supposedly haunted, frequented by Satanists and where writings on the wall apparently drawn by children’s hands (“Mother where are you?” “It’s cold in here”) are mixed with street art paintings, creating an utterly horror movie setting in a post-urban landscape.
GPS coordinates
Image(s) 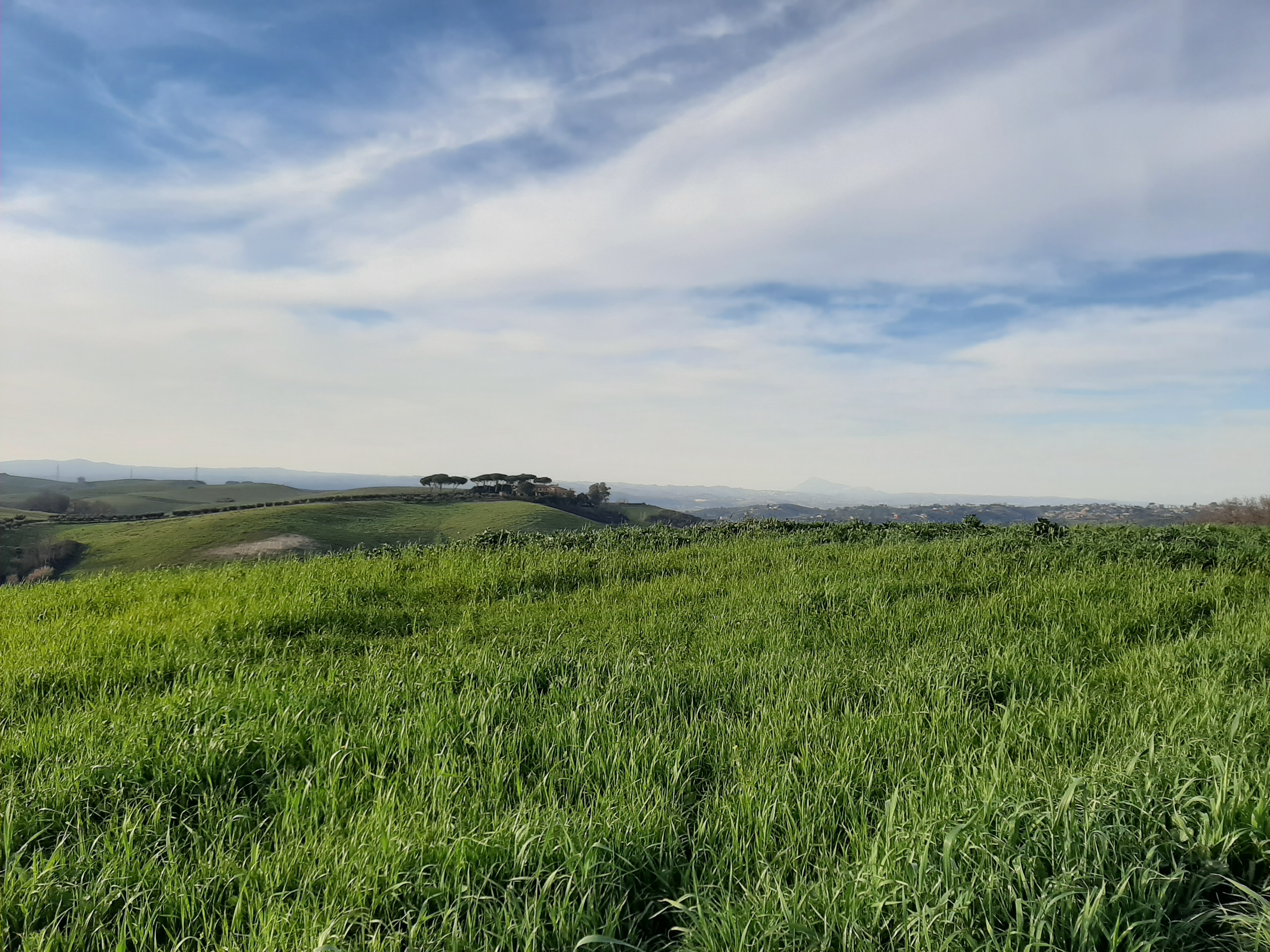 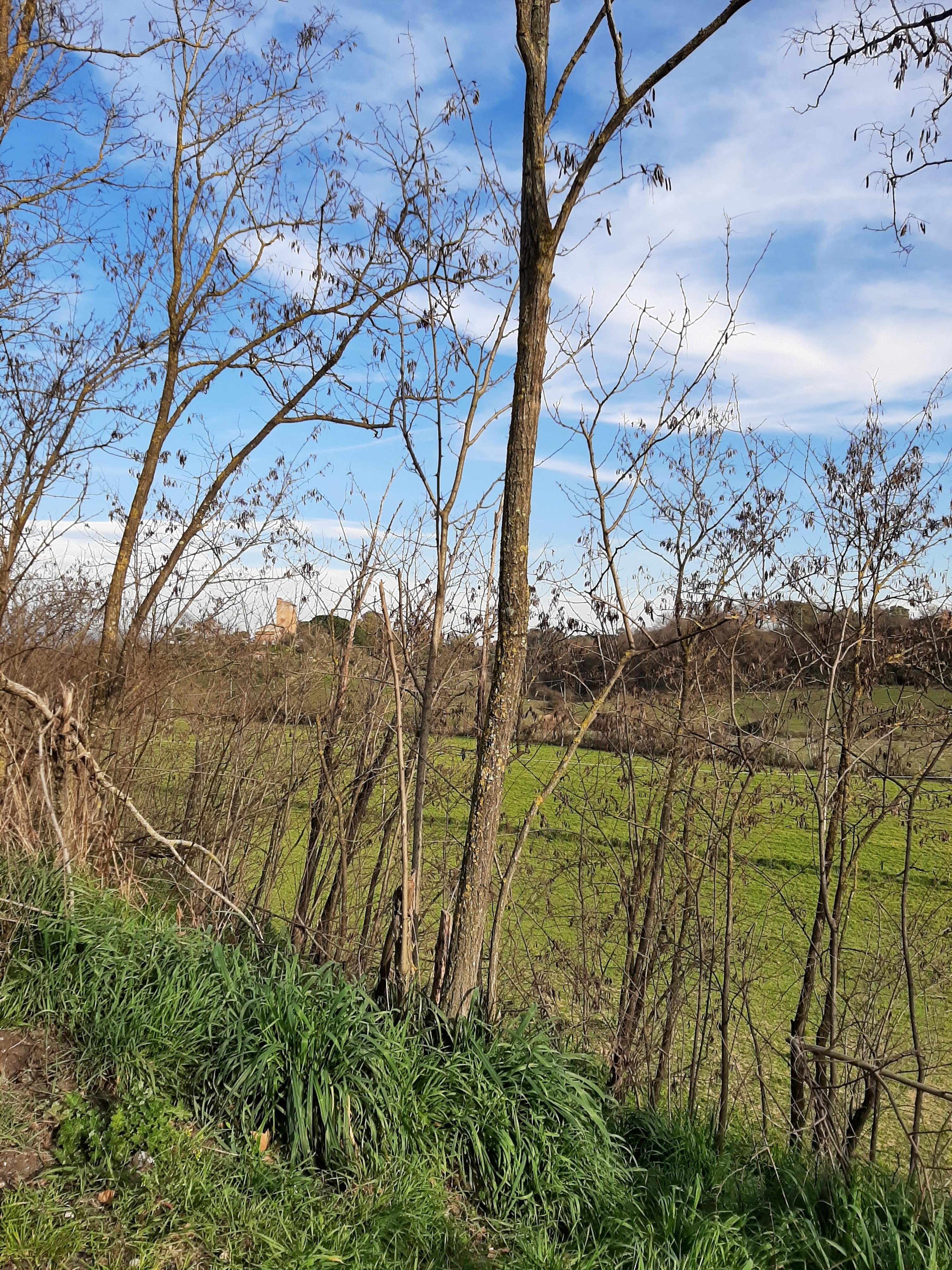 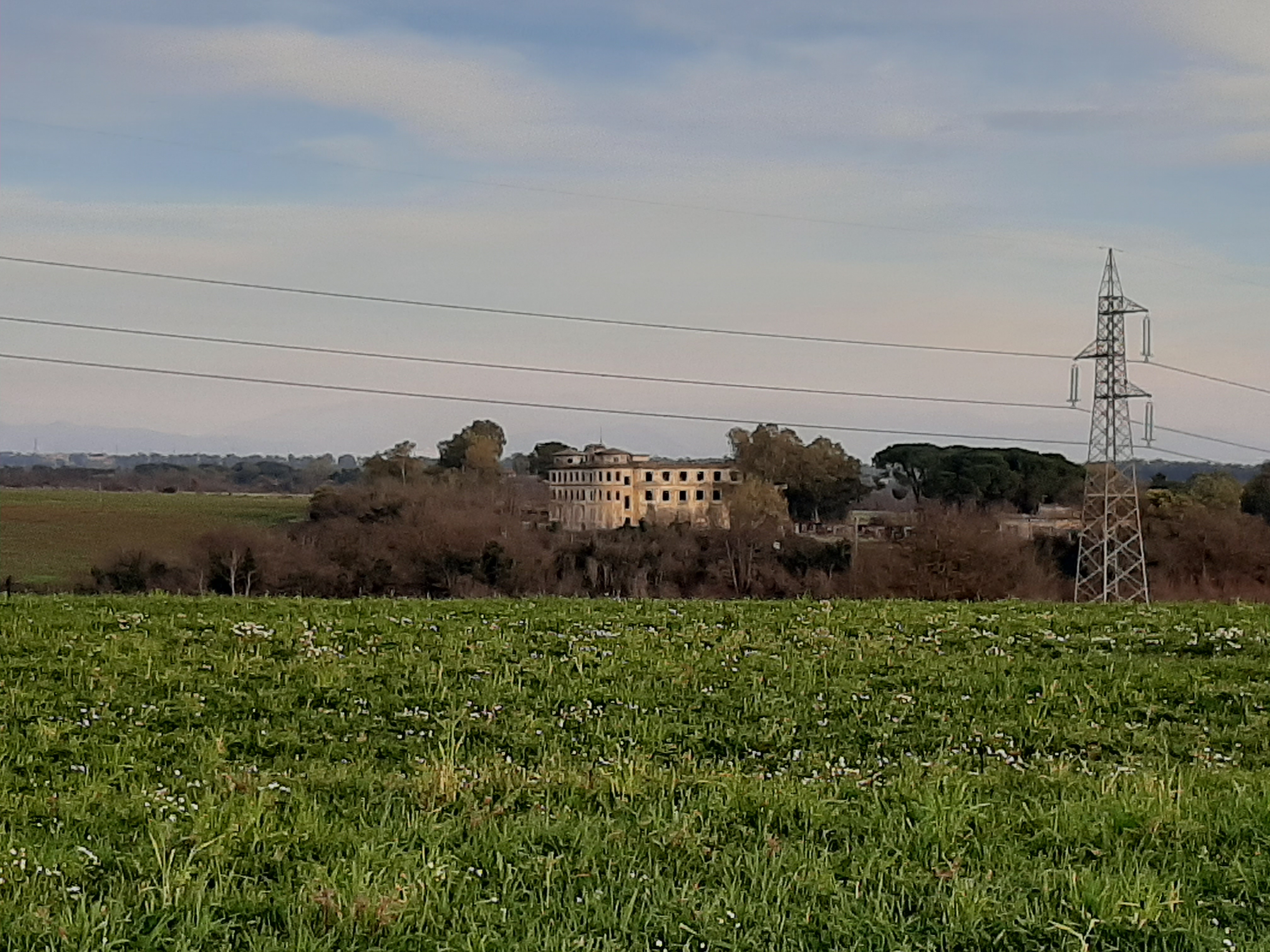