Description
The Order of Mount Olivet was founded in 1313 by St. Bernardo Tolomei (1272-1348, born Giovanni Tolomei) on a hill he called Monte Oliveto (Mount of Olives), together with Patrizio Patrizi and Ambrogio Piccolomini, two of his friends from noble families in Siena. At first they lived as hermits, before a monastery was built, following the approval of the founding charter by Guido Tarlati, Bishop of Arezzo, on March 26, 1319. A few years later, the monastery took the name of Monte Oliveto Maggiore (the great Mount of Olives) to distinguish it from the new establishments that flourished in Florence, San Gimignano, Naples and other cities. The abbey is decorated with famous frescoes by Luca Signorelli and the Sodoma recounting the legend of Saint Benedict of Nursia. With the arrival of many new members, the nascent community adopted the rule of St. Benedict before being recognized by Pope Clement VI in 1344.
GPS coordinates
Image(s) 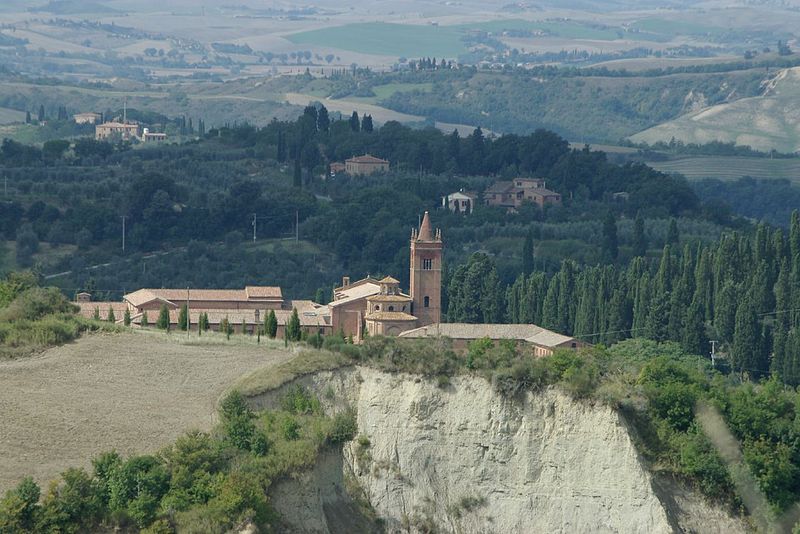