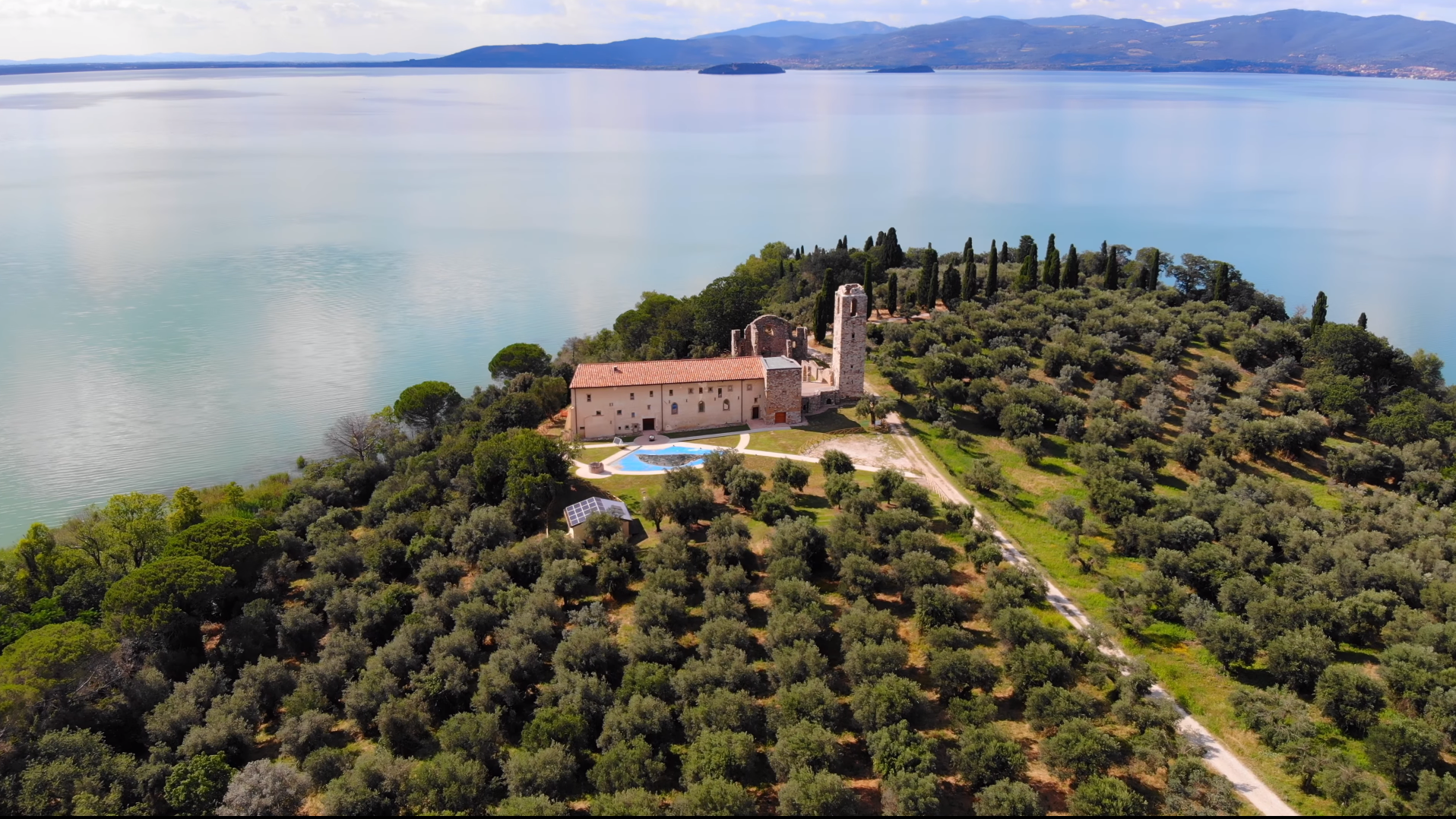 Description
The island known as Isola Polvese or Polvese Island is situated in the southeastern part of the Lake Trasimeno and is the largest of the three islands of the lake. The area is of particular historical and naturalistic interest. Today the island belongs to the Province of Perugia and is actually known as a Scientific-Didactic Park, that takes part of Trasimeno Regional Park. The island is a part of Castiglione del Lago.

History
The island was visited by Etruscans and by Romans. In the Middle Ages the inhabitants submitted to Perugia. In that period some churches and the castle were erected to protect and defend the little village. We know, that the monks of Benedictine and Domanican orders were present on the island. Since 1841 the island became private property and was used as a hunting area. In 1973 the Province of Perugia acquired Polvese Island.
Monuments[edit]
Among the most important monuments of the island are church of Saint Giuliano and Saint Secondo, the Olivetans’ Monastery and the Medieval Castle. The garden of Aquatic Plants was realized in 1959 by the architect Pietro Porcinai.

Landscape
In the northern part a huge oak woodland covers the island with many plant varieties which are typical for the mediterranean area, as holm and ash tree. In the lower wood we find guelder rose, laurel, ilex and privet. The southern area is covered by a huge olive grove with centuries old olive trees. The humid area is characterized by an extended reed thicket that grows along from the east to the south. Ornamental plants and trees are present all along the meadows while rosemary hedges and pomegranate characterize the paths and the inner part of the island. The natural environs lodge a rich fauna of invertebrates, especially insects. Among the vertebrates we find the fox, the marten, the hare, the nutria and a great choice of birds, especially the ones, that live in humid climates such as coots, ducks and herons.
Visit area